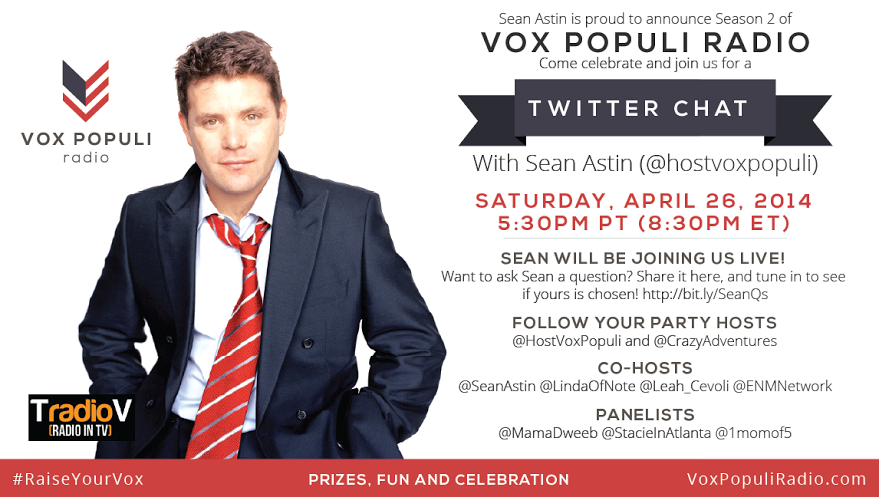 I have had the pleasure of meeting Sean Astin a few times at runDisney events and he's just such a great guy so I was completely honored when I was asked to work with him regarding his new Vox Populi Radio show. I'm not too much of a political-type person but I am interested in hearing his points of view regarding politics in America today.  As a sweet Thank you, I was given a gift by Sean in appreciation for support of his radio show.

"Sean Astin - actor from Goonies, Lord of the Rings, Rudy - is beginning Season 2 of his political radio show for "the occasionally interested people" on a new network, TradioV. His interest in politics and representing the people's voice is infectious, and he genuinely wants people to understand what is happening with the government, even when it seems too complicated. Whether you are or aren't interested in politics, he offers an intellectual discussion and doesn't just want to be heard, he wants to hear the people and their concerns, all while keeping it civil." 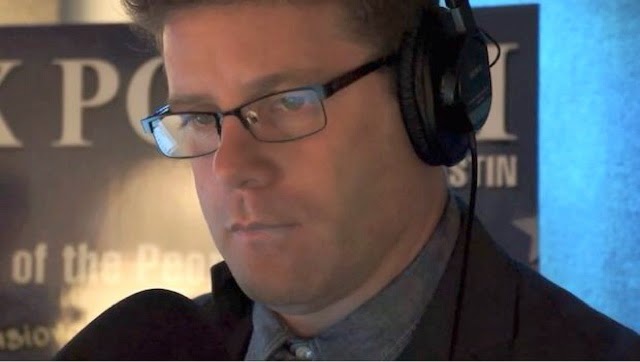 I hope that you will all join in and listen to his new radio show. I know I will! There is so much that I need to learn when it comes to politics that I'm really proud of Sean for taking a stance, being active and speaking out about politics in today's society.

Sean would like to give you prizes too! Please join me on the #RaiseYourVox Twitter Party this Saturday night, April 26th, at 5:30pmPT/8:30pm ET.
RSVP link: http://bit.ly/SeanChat
Host: @HostVoxPopuli @crazyadventures
Co-hosts: @seanastin @LindaofNote @ENMNetwork @Leah_Cevoli
Panelists: @MamaDweeb @StacieinAtlanta @1momof5
Prize Patrol: @SincerelyG
Prizes to be given away: two personalized autographed pictures, one autographed poster, and a grand prize "prize pack" with an autographed picture and Vox-branded items, including a Vox t-shirt!

For more information about Sean Astin and his new radio show, please visit www.voxpopuliradio.com and tune in on Thursdays from 12-2PT to  www.tradiov.com to hear his show live!
You can also find Sean Astin on Twitter, Facebook, and YouTube.
Be sure to follow the Hashtag #RaiseYourVox.

Hope to see you all on the #RaiseYourVox Twitter Chat!
Posted by BamagirlRUNS