If you have never ran one of the runDisney 5k's ..I would suggest registering ASAP!! Seriously, as much as I love running the Half Marathons and Full Marathons...I love the 5ks just as much! These races are a great way to get a glimpse into what one of the larger races are like. Packed full of characters along the course and the shorter distances make these runs soooo appealing! Because I run all of the long distance races, I love using these as a "warm up" for the long races. Not to mention, they are themed as "family" races so there is no timing chips and are a little more relaxing. There is a time limit to finish but easily attainable for kids and families.
The start of the race is still an early morning start and I know that can be challenging for some to do the early morning two mornings in a row. This particular 5k is the morning before Princess Half but I just thought.."Hey, I'm at Walt Disney World and I just can't let a RunDisney event happen without me if I'm there"! So here I am...bright and early at the Start line. I'll rest when I get home. No time to rest at Disney! :)

This Royal Family 5K was themed "Tangled". All of the main characters from the movie were there, even Maximus! He was Gorgeous!!! Although it doesn't look like he was too interested in seeing me there. He was all about his food. LOL.﻿

One of the cool things I like about running the 5k's, is that the longer distance runs are a bit more crowded along the course,( like 10,000+ more people crowded), so these races are an excellent way to get lots of pics with characters with not much time spent standing in line. One of my all-time favorite race pics is the one up top with Daisy and Minnie in Epcot! They were too cute! Not to mention, the cool landmarks along the way. Well, running past anything at Disney is cool. just saying.﻿
So.... as many of the RunDisney races that I have ran, this 5k was the first time I had EVER ran in front of the Geosphere at the front gates of Epcot! I had ran in front of the Castle numerous times, in front of the Tree of Life in the Circle of Life 5k (2009) with my kiddos, and in front of the Sorcerers Hat in Hollywood Studios but this was a first for Epcot!!! I love that the 5k's can bring surprises that you would never expect. One of my favorite moments of the day!

﻿
I had met John Hughes, Race Director for Princess Half Marathon and owner of running store, Track Shack in Orlando, Florida earlier in the weekend and started next to him in the 5k. He's waaaaay faster than me so he took off at the start. He was telling me how he loves to actually run the Disney runs too and get a perspective of the race from the runners point of view.  In the end, I caught up with him at the finish and he was congratulating me on a great run! Such a nice and friendly guy!﻿﻿
I finished the race with some of my BFF Alabama girls!! We run at different paces but in the end, it's photo-op time with our Bling!!! Such cute medals for the 5k's! We've got quite a collection of Disney Bling going now...and no plans in sight to quit collecting! :)

My top 5 Favorite things about this race:
1.)It's a RunDisney event...NOTHING better.
2.)Running in FRONT of the Geosphere
2.)Tons of Characters on the course
3.)Shorter distance..not wearing myself out for Princess Half the next day!
﻿4.)Cool Bling with friends..Love it!

Make sure to check out RunDisney.com and get registered for a 5k soon! I'm running the "Mickey and Minnie" themed  2013 Royal Family 5k and I can't wait!!! I've got some polka dots planned to wear...embracing my inner Mouse-ness!

Happy Running and See you at the Castle!! :)﻿

Here's to a Healthy Monday!

It seems like most days we are moving along just fine at my house and then...WHAM! Everyone comes down with something. That's how we spent this weekend... My little man stayed home from school Friday complaining of headache, sore throat, fever.
My middle one stayed awake all night Friday night with fever, coughing, wheezing and couldn't breathe. She's got asthma pretty bad.
So Saturday morning, instead of heading out for my usual run, I headed to the Dr's office with both kiddos. VERY thankful for a pediatrician a office with weekend hours. That's a must! My Justin missed his basketball game which he was NOT very happy about and reminded me over and over and over to make sure I knew that! ﻿


Long story short: we've got two cases of strep, one ear infection, one Nebulizer treatment, two rx for antibiotics and one rx steroids. Whew!!! Ready for my kiddos to be back to normal... They are not good at "laying around". Neither am I! Here's to a Healthy Monday! :)

A Look Back at the Inaugural Princess Half Marathon!

It all started back in 2009 when I ran my first Half Marathon at Walt Disney World. I had trained SO Hard and was SO nervous to run my first Half but when I actually started running my race and realized that this was going to be the most fun thing I had ever done...ALL worries went out the door! When I say the words "Runner's High", well that doesn't even come close to how I was feeling after running the WDW Half! I knew at that very moment with my Donald Duck Bling around my neck, I would always be a Disney Runner.
Enter Princess Half Marathon. What?!?! There's a Princess Race too? It's the first one?? Sign me up. And my sister, my mom, my Dad and my brother in law. (At that time we didn't really realize it was a girls race). 11,000 Runners were expected to run during the Inaugural Princess Half Marathon Weekend. WOW have things changed since then?!?! This race has Doubled in size!
I really had no idea of what to expect. I kind of thought it would be a repeat of the Walt Disney World Half Marathon. I was soooo wrong! This race made me embrace my "inner Princess"! Everything was girly, sparkly, Princess-y! I loved it! I ran side by side with my sister and had the most absolute fun that we could have!! Sadly, it was the last trip for the boys....the next few years  Princess Half Marathon weekends would turn out to be the biggest girls trip ever! Sorry Boys! ;)

The course has not changed over the past four years, continuing to remain to be one of my favorite courses. The Expo held at Disney's Wide World of Sports would prove to have so many surprises in store for us! We were greeted with pixie dust and even got to view dresses from the Princesses that were featured during the race. If my memory serves me correctly, there were four Princesses to choose from when we registered for the race. I had no clue that the Princess I chose would be featured on my bib and would coincide as well with the color of the bib. I chose Cinderella because after all, I WAS running through her Castle. :)﻿


I kind of had an idea as to what to expect as far as waking up early to get to the start line for the race. Wake up call at 2am. Race Start at 5:30. The last shuttle bus leaves from our resort at 4am. Oh my!!That is EARLY for this Princess but so worth it to get out there and run through the Happiest Place on Earth. So here goes...We started in the Epcot Parking Lot and would run towards Magic Kingdom, through Ticket and Transportation Center, Through the Magic Kingdom, down the stretch past Grand Floridian and then back towards Epcot for the Finish! Lots of Characters, Princesses, props, Hydration and fun stuff along the way. My sister and I took lots of pics, ran hard, played and even had a great official Finish time!﻿
﻿

﻿
In front of the Contemporary Hotel is the EXACT place where I fell apart in the Walt Disney World Half Marathon. I was crying and my knee was killing me!! I called the hubby for words of encouragement. He was at the Finish telling me on the phone "you can do it. Push through it. You've only got 8 miles left. You're almost to the Castle. It's what you've been working for". And he was totally right. It was what I had been training for....and more. Those words were ringing in my ear when I made it to the Contemporary and passed this same spot with the Biggest smile on my face. My knee was not hurting in this race and I was doing it! Off to the Castle we goooooo!!!﻿﻿﻿﻿﻿﻿﻿﻿﻿﻿﻿﻿﻿
﻿﻿﻿


The race was Amazing, the Bling was Amazing and I knew immediately after this race was over that I would ALWAYS run this race! We made a pact that year that we would block out "Princess Weekend" on our calendars for the next...ummmm....like forever? Yeah that sounds good. I'm hoping to be able to run this race with my daughters and their daughters. We have completely embraced our "inner Princess" and are "Perfect Princesses". Thank you RunDisney for creating such a fun event for my sis, family and friends to be able to create a lifetime of Princess Memories!

Don't forget to check out RunDisney.com for all of the updates on future races at Walt Disney World and Disneyland!

Happy Running and see you at the Castle!

There are just some weeks that drag on Forrrrrrrevvverrrr and then there are some that just fly by! This week is one of those weeks that is flying by and we are packing ALOT in! I'm traveling, the kids are busy, hubby is working.... Gah! Lots of to-do lists, lots of stress, TONS of coffee! Through it all, juggling everyone, working in my runs, it will all get done. Yes it will. Or at least that's what I keep telling myself. No elaborate blog post today... Sitting in traffic, Trucking along and thinking of what I'm crossing off of my to-do list next! Hoping to end this week with a 20-mile De-stress run...that should do the trick! :) 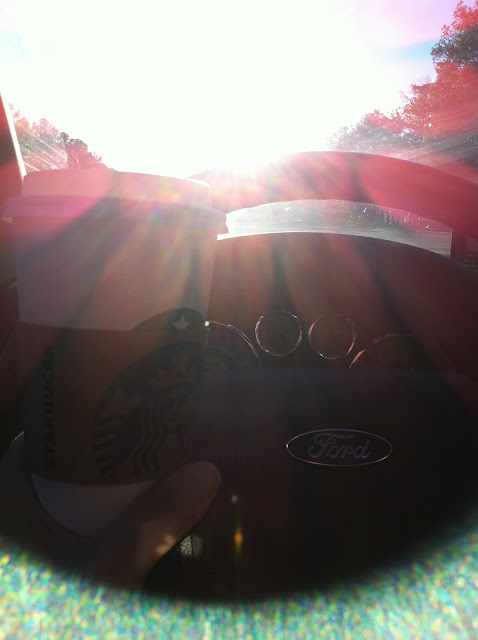